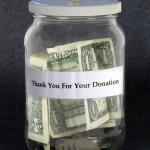 While having coffee last week with my friends Christina and Peter, fellow writers from my Thursday afternoon group, we were discussing how a young philanthropist here in Chapel Hill had helped raise funds to rebuild a beauty salon burned during the riots in Ferguson. The young manâ€™s efforts struck me as very personal: he did not donate or solicit money from others for a general fund or cause; instead, he worked on behalf of one particular individual, the salon owner. This prompted me to wonder whether millenials as a whole feel less comfortable than their parents donating to big faceless organizations like the Red Cross and want instead to feel a more immediate connection to the object of their generosity.

A little research the next day confirmed my suspicion. I found several articles discussing a major shift in the patterns of charitable giving, including this one from NRP where a young philanthropist described a pervasive attitude he had encountered among his peers.”They all said, ‘I don’t trust charities. I don’t give. I believe these charities are just these black holes. I don’t even know how much money would actually go to the people who I’m trying to help.'”

In another of these articles, I also read that millenials â€œvalue feeling connected to peer and professional networks and they want to be able to share the causes they care about with friends and colleagues.â€ Itâ€™s not just about narcissism, as I suggested to Tovia Smith in her segment on Boston Strong for NPR earlier this year. Itâ€™s about putting a face to the recipient of oneâ€™s donations of time or money and forging a personal connection, then sharing that connection with others.

In a roundabout way, this train of thought brought me back to the issue of sliding scale payment in psychotherapy. My post on this topic, written more than three years ago, remains one of the most popular on this site. In that post, I set forth my reasons for establishing one consistent fee that I charge to my clients and which I do not negotiate. I still agree with what I wrote, but the post seems incomplete and misleading. In truth, I reduce my fees all the time, but not for people I donâ€™t know or have only just met. In other words, like millenials, I need a personal connection before I will â€œdonateâ€ part of my fee to help another individual.

Sometimes I feel a bit ashamed of this character trait, as if Iâ€™m lacking in compassion or humanity. I find it difficult to care about abstract or faceless groups. Discussions of â€œpoverty in Africaâ€ or â€œmultiple sclerosisâ€ do not touch my heart. On the other hand, I suspect Iâ€™m not alone in this respect, which is why print ads that solicit charitable donations for, say, children born with birth defects often depict one specific child with a visible and often pitiable deformity. In my more cynical moments, I also think that for many people who ostentatiously care about their causes, such caring mostly embodies a self-statement: I am such a good person because of my feeling heart.

If a stranger contacts me for psychotherapy sessions and asks me to reduce my fee, I still decline, but if one of my on-going clients suffers a financial setback, I do not hesitate to help. A long-term client who lives very close to the margin was recently forced to take a 10% pay-cut and I offered to reduce my fee or even see her for free if necessary. I have come to care about her as I inevitably do for all my clients; for this reason, I could not abandon her just as she faced hard times. She insisted that she should drop out and make way for someone who could pay my full fee, but I would never choose to take on a stranger in lieu of a person I care about, just for the sake of the money.

There are limits. If a client is struggling financially because he or she has major entitlement issues, I probably wouldnâ€™t reduce my fee because I would be indulging that sense of entitlement. If a client has an unconscious rescue fantasy that involves being an infant whom I will rescue, Iâ€™d probably interpret the fantasy and keep my fee the same. Understanding all of the psychological implications is a challenge, but the client I mentioned who had to take a pay-cut is a hard-working single mother who has never asked for a handout. She also went through a truly horrendous childhood and has suffered a number of setbacks in her life that make her, at least for me, particularly sympathetic.

At the opposite end of the spectrum, I have therapist-clients in major cities charging much more than I do â€“ sometimes twice as much. Should I charge them more because they can afford more? I feel deeply uncomfortable with that idea and have never raised my fee because a prospective client is wealthy (although I know professionals who do just that). On the other hand, it did not sit well with me that younger therapists would seek my expertise and pay me half of what they charge their own clients. After thinking long and hard about it, I finally decided to raise my fee for new clients just beginning treatment.

By and large, I donâ€™t raise my fees for existing clients. One client who stopped treatment for complicated reasons about a year ago recently resumed treatment. When she reached out to me, I didnâ€™t tell her that my fee for new clients had substantially increased since she stopped coming because I knew she wouldnâ€™t have been able to start up again. Iâ€™m charging her what she used to pay even though I could have filled the hour with a higher-paying client. I care about her and have enjoyed our work together, and I donâ€™t mind reducing my fee or taking less from someone who over time has come to matter to me.

But I donâ€™t feel compelled to reduce my fee for strangers when I donâ€™t know them and havenâ€™t had time to develop a personal connection. I donâ€™t believe I have a duty to make financial sacrifices in order to help â€œhumanityâ€ or â€œpeople in general.â€ I need a personal connection before I will give, so I guess you could call me a middle-aged millennial.

P.S. — I finally realized that WordPress deletes comments in my queue if I don’t approve them within a certain number of days. I apologize to those of you whose comments to this post were deleted and I promise to approve them in future in a more timely fashion!