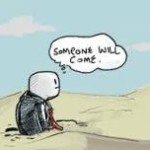 Over the course of my practice, I’ve come to know a few men and women who emerged from families so toxic and dysfunctional that I often wondered how they managed to survive, emotionally speaking, and why they hadn’t long ago surrendered to despair. Given how little goodness they encountered in their post-uterine world, why did they continue to believe in and keep looking for something better? What was the source of the ongoing hope that brought them to my office in the belief that someone could help? I think of these clients from truly awful families as optimists; this piece serves as a bookend to my last post on pessimism but maybe I’m misuing the word optimism. In this case, I mean that my optimistic clients, encountering a world without love, almost entirely bereft of goodness, nonetheless believed in the possibility of good and kept on searching for it. Hopeful might be a better adjective to describe these people.

One of my clients who I’ll call Celia told me the following story, related to her by her own mother many years after the fact. When Celia was an infant, this “mother” (using the term in a strictly biological sense) was giving her a bath and felt so overwhelmed by the responsibilities of motherhood that she let go of Celia, allowing her head to slip beneath the water. She was going to let Celia drown, and if Grandma hadn’t entered the bathroom at that moment, Celia wouldn’t have lived to recount this story to her (frankly appalled) therapist nearly 40 years later. When Celia was eight or nine, her divorced mother repeatedly handed her over to a male friend with more than a suspicion that he was sexually molesting her. She let the man take Celia, this mother explained, “so that he would leave me alone.”

Why did Celia continue to hope for something better than her earliest life had offered? With this nightmare of a mother, why didn’t she simply give in to despair? Why did she seek me out, hoping that I might alleviate her pain, hoping (on some unacknowledged level) that someone might actually care about her? Why do some people continue to believe in the possibility of good without actually experiencing it? Maybe the grandmother who saved her life offered a small experience of goodness, just enough so that Celia knew it existed. It’s out there somewhere. I’ll keep looking for it. I’ll recognize it when I find it.

As I’ve begun to focus more on the importance of joy in the mother-infant relationship, I’ve wondered whether such joy forms the basis of optimism. If you have enough of this good experience, you feel confident that it exists and that you can get more of it. But in those cases where shame predominates — that is, (the repeated experience of unrequited love), then pessimism takes hold. This theory helps me explain several of my clients, men with distant, rejecting mothers who were bullied as children and grew into resolute pessimists, but it can’t account for Celia. I don’t have an adequate explanation. Maybe it’s genetic. Celia might have come into this world biologically geared to hope. Maybe it’s a powerful instinct for survival no matter what.

I’m an optimist, sometimes a cock-eyed one. Though my mother didn’t try to drown me, she was a depressed and woefully inadequate parent, but I believe she took just enough joy in me as her infant that it gave me hope. Lately, I’ve also come to see that I “inherited” some of my father’s optimism, his continuing belief in and pursuit of something better in life. He never finished high school and had no formal training in any profession, but after serving in World War II, he moved to California, first opening a gas station with his brother, then a radiator shop in a small town in Central California. One day he came across a book that changed his life: Your Dream Home: How to Build it for Less Than $3500. I just found it on Amazon and ordered myself a copy.

On weekends and evenings after work, Dad actually built his own home with the occasional help of two neighbors who became life-long friends. He enjoyed the experience so much he built another house, and then another — all in the small town where I was born. He finally decided to pursue building as a career. He acquired a real estate sales license and moved his entire family to Los Angeles, where he sold houses with his brother while obtaining a contractor’s license. At the time, he had three children aged nine, six and two (that would be me). Not only does it require courage and self-confidence to make such a big move, it also takes a certain optimistic belief in your future. My Dad was a genial optimist most of the time. Despite many setbacks over the years, he did well for himself and had a comfortable retirement in Santa Barbara.

The older I get, the more I see the ways I am like my father. Before me, nobody in my family went to college. With a lot of hard work, I earned a PhD and built a practice. In search of a better life, I left Los Angeles and moved my family to North Carolina. I’ve had some major setbacks and painful disappointments. My life has not always turned out as I had planned but I continue hoping for better. Three years ago, I launched this website, developed an audience and began working by Skype with clients all over the world; I’m still building my professional reputation, still promoting myself as a writer but I believe good things lie ahead. I’m optimistic that 2014 will be a very good year for me.

Despite my optimistic nature, I wouldn’t have achieved anything in life without the help of my analyst. When I was 19, the first day I entered his office, I knew I had found someone good, someone who could help me, but I had a hard time holding on to that goodness. During the early years, I frequently wanted to quit, was often angry about having to pay for my sessions, always on the verge of chucking it all in a fit of rage. Sometimes, in my more troubled states of mind, my analyst became very bad. But he proved his goodness over the years by sticking with me, enduring the emotional vicissitudes of our relationship and continuing to offer his insights, wisdom and warmth no matter how badly I treated him. He was, and is, a good man.

I see myself in Celia. Though her optimistic nature led her to hope for something better and seek me out, she has a hard time holding on. She often wants to give up trying and abandon our work. On more than one occasion, she actually has quit for very brief periods of time. I continue to do the best I can and I believe she’ll hang in there. I’m optimistic about our work and believe that better things lie ahead for Celia.